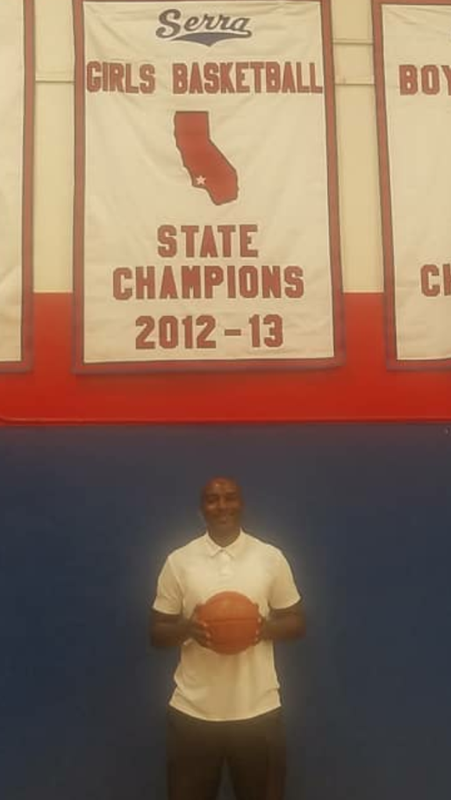 Richard Jenkins Named Athletic Director at Junipero Serra High School
Junipero Serra High School Principal Jeff Guzman has announced that Mr. Richard Jenkins will be the new Athletic Director at Junipero Serra High School. Jenkins will continue to develop a program with a rich tradition of excellence, having sent a multitude of student/athletes to colleges and universities on full-ride scholarships and having won 43 CIF Southern Section Championships and 10 CIF State Championships.
Jenkins will be replacing Mr. Joshua Dabbs, who, while directing the athletic program during the past four years, guided Serra sports while many of its programs thrived. During his tenure as Athletic Director, Girls Basketball won the CIF Southern California Regional Championship in 2015 and 2018, and the CIF State Championship in 2018, and Girls Track won the CIF Southern Section and State Championships in 2018. Additionally, during Dabbs' reign as Athletic Director, CIF Southern Section Championships were won by Serra Athletics in Boys Basketball (2016), and Girls Softball (2018). Dabbs leaves big shoes to fill, but Jenkins is ready to fill them, and understands what is in front of him.  "I can see the history of athletics here at Serra, and I want to build on that," said Jenkins. "I can see how important the history is having spoken to the alumni."
Jenkins served as Athletic Director and as Girls and Boys Basketball Coach at Pacific Hills School during the past four years and previously coached Girls Basketball at Pacifica Christian. Jenkins looks forward to the challenge ahead. "I have been spending these first few days getting up-to-date on how things work at Serra and getting to know my colleagues," Jenkins said. "I want to show that I will work hard and I want to be a part of the community." Jenkins is most concerned about making sure that all who participate in athletics be served well by Serra. "I want all of our student/athletes to continue to feel like they are not getting 'the short end of the stick', that they all are being recognized for their efforts," said Jenkins. "I really want even more people to come out to all of our sports and events."
Mr. Guzman is very aware of the experience and commitment that Jenkins represents and has already been impressed by him. "He has shown the spirit of a Cavalier. He has high character and integrity, and he is living out the Cavalier Code," said Mr. Guzman. "I am excited about the upcoming year and working with Mr. Jenkins."
Mr. Jenkins is excited about returning to a school with God at the center of its existence and activity. "It is the first time that I will be back in this type of environment full-time since I was in middle school," said Jenkins. "I am looking forward to being in a spiritual place on a daily basis." We welcome you, Mr. Jenkins, to the Serra family.
http://
Print