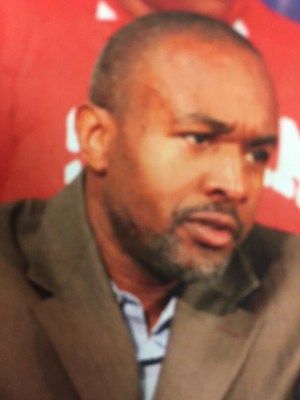 McKinsey Hadley is 2017-2018 California Girls Basketball Coach of the Year
The life of a Girls' Basketball Coach during any season is incredibly hectic. Being at practice every day, needing to be mindful every second of what is happening, what needs to be improved, every nuance of every drill, play, and defensive scheme. Making sure that players and coaches alike are mentally and physically prepared for the rigors that will face them with every challenge of every opponent, both within and without. The life of every member of the team is important every second of every single day for that coach. And when the season lasts beyond the regular season, well into March, the challenges become that much greater. No one in the South Bay, and not many coaches in California, know that much better than our own McKinsey Hadley, who makes these challenges look pedestrian.
Our incredible coach, Coach McKinsey Hadley, was named the CalHiSports.com 2017-2018 California Girls Basketball Coach of the Year. The Lady Cavaliers finished the season 25-8, playing one of the toughest schedules in the country. The result? The Lady Cavs won the California Division I Championship, finishing ranked #5 in California and #15 in the country by maxpreps.com. Coach Hadley is not one to take credit for his program's success. "I feel tremendously honored," said Coach Hadley. "There are so many great coaches and collaborators in our state. I'm deeply humbled to represent the state in this way." Coach Hadley often sites our dearly departed coach and legend and mentor to Hadley, Mr. Dwan Hurt, for a lot of what has transpired (two state championships and three state championship appearances) since Hadley took over the Lady Cav program in 2007. "For me, a lot of times during the season, I'd say to myself 'What would Coach Hurt say?'" Hadley said. "We were peers in recent years, but he was always Coach Hurt to me and always a protector. I'm tremendously honored to carry on his legacy at Serra High School."
Congratulations, Coach Hadley, on an incredible season and a well-deserved honor.
Source: CalHiSports.com
Print