Serra Pays Tribute to the Departed Students and Teachers in Florida 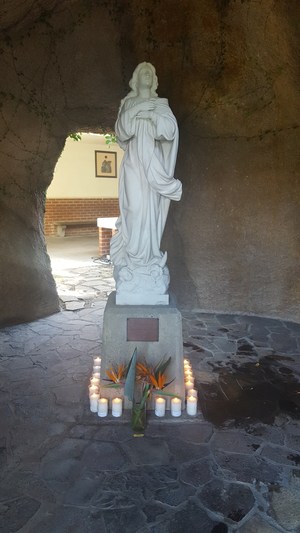 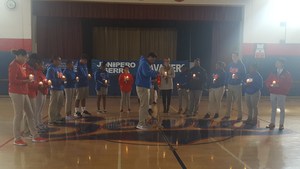 Prayer Vigil Displays Serra Concern and Hope for the Future
On February 14, 2018, the United States was struck by yet another mass school shooting, this time at Marjory Stoneman Douglas High School in Parkland, Florida, just outside of Fort Lauderdale. In this horrific event, 17 people had their lives taken away from them.
On March 14, one month after this most recent incident, students around the country expressed their dismay with this and other school shootings in a variety of ways, with the intent being to express love and sympathy for those who lost their lives and were injured and to let the country know that it must do something to prevent events such as these from ever happening again. After grappling with this issue, the Serra student body and administration created a unique way to respectfully express the feelings of the Serra community.
In a solemn prayer vigil, the Serra student body selected 17 individuals to represent the 17 people who were slain in Florida on February 14. Each individual lit individual candles from a single candle as each name of each victim was read. As this occurred, the Serra student body watched and listened with great respect for the departed. One could hear a pin drop as the names were read and as the candles were lit. Upon completion of the ceremony, the candles were taken to and placed in the Grotto.
To the victims of this violent act, the Serra community wishes that you have peace and that you feel and are a part of God's grace.
Print