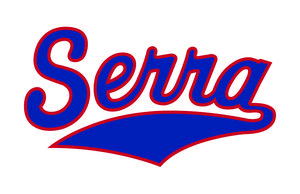 Baseball and Track Chase CIF Crowns
When May arrives, it means one thing for high school sports all over the country. The quest for championships begins with the postseason commencing. For our Cavaliers, expectations are high with two groups of boys seeking championships and a group of girls attempting to defend theirs.
The Baseball Team has had quite a season and has several players on the squad receiving Division I NCAA scholarships, and, potentially, some of those players being drafted in the upcoming Major League Baseball draft. In addition to this, pitcher Kelvin Bender was named Most Valuable Player of the Del Rey League!
The season continues for our Baseball squad as our Cavaliers defeated South Torrance 5-3 in a Wild Card game on Tuesday, April 29, then defeated Montebello 9-3 in a Second Round game on Thursday, May 2, and then went on to defeat Saugus 3-2 in the round of 16 on Tuesday, May 7 to advance to the CIF Southern Section Quarterfinals. Our Cavaliers will take on Yorba Linda at Yorba Linda High School on Friday, May 10 at 3:15pm.
Meanwhile, boys on the Track team have CIF dreams of their own and have advanced to the CIF Finals, which will take place on Saturday, May 11 at El Camino College.
Our defending CIF Southern Section and State Champion Girls Track team will be putting their crowns on the line as the girls also head to El Camino College for the CIF Finals on Saturday. The girls expect to do very well in the quest for yet another track championship for our storied track program.
We wish all of our squads the very best in their quest. We will be updating you on results.
Print